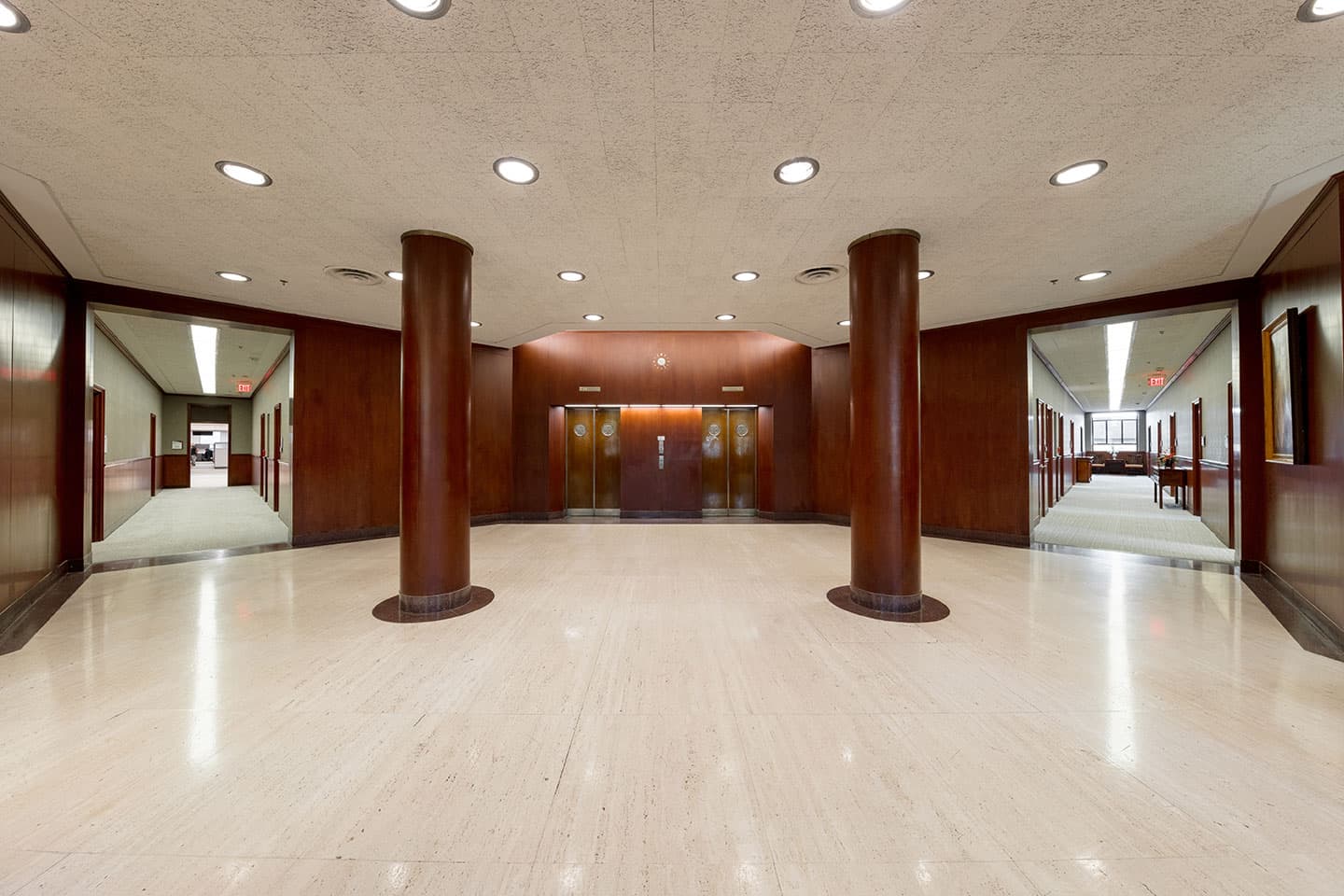 Seibels partnered with M. B. Kahn Construction Co., Inc. and BOUDREAUX to complete renovations of its historic headquarters located at 1501 Lady Street in Columbia, SC. Together, the Design-Build team will pays homage to the rich history and design of the Seibels building while also incorporating modern elements. Due to its historical significance, the 1949 portion of the building was added to the National Register of Historic Places and listed as a City of Columbia landmark. Renovations include restoring the original terrazzo flooring, preserving historical fixtures and finishes, and updating all of the major building systems including the electrical, HVAC, and roof.

Building the right team from the start is the key to a successful project. When all team members understand the project’s vision and goals they can work seamlessly as potential issues arise. During the renovation of the Seibels building, roles and responsibilities were established from the start, clearing the way of obstructions and confusion for either party. M.B. Kahn was responsible for the development and adherence to budget and schedule while BOUDREAUX led the programming and design efforts.

Once the roles were defined, all parties were able to collaborate on how best to approach project sequencing for the benefit of the client and their operations. This was where the benefits of Design-Build came into play. The coordination allowed for input from all subcontractors early in the review process to propose a step-by-step plan of how to introduce new building systems without taking the current systems offline. This process ultimately influenced how the sequencing of the project would take place, resulting in five phases of construction and renovations. These early conversations were invaluable in setting up the design documents and construction schedule and helping to accurately anticipate construction costs.

Navigating the scope of the renovation and establishing a design and construction schedule to meet the needs of the owner was paramount. Due to the nature of Seibels’ business, downtime in operations was not an option. By working with the owner to identify critical areas of operation, the team was able to identify a phasing and sequencing plan to relocate individual work groups during the renovation of their spaces to reduce impacts to productivity and operational effectiveness. A significant challenge with this project involved the incorporation of modern mechanical, plumbing, and electrical systems into the space. The original building was built in 1949 and was later added on to in 1977, each phase containing systems that were far past their useful life. The team was tasked with identifying an innovative method for replacing these components without interrupting service during the renovation. The team met this challenge with excitement and creativity, reducing impact to the owner and their staff.