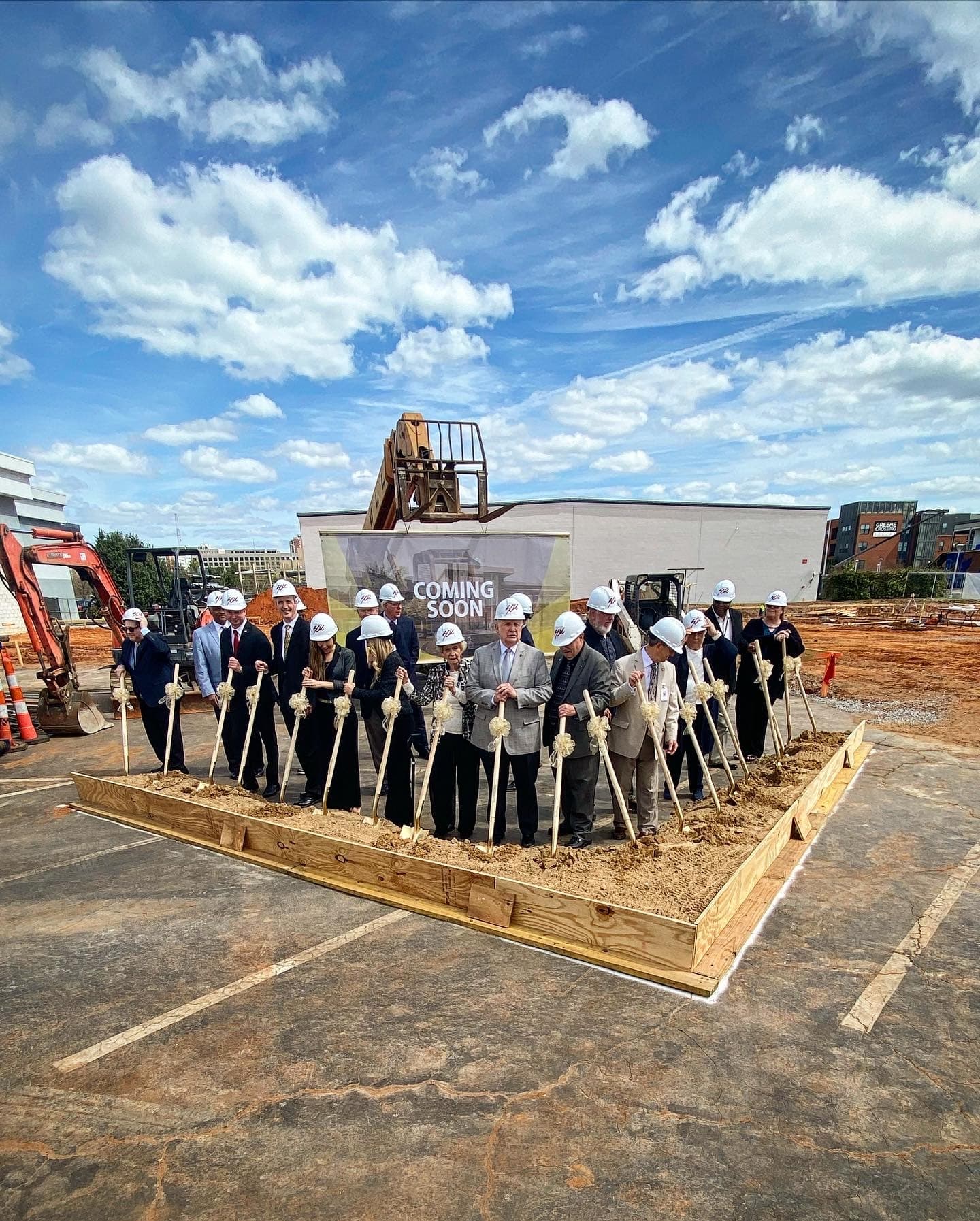 Guided by its mission to improve the financial lives of their members, the State Credit Union (SCU) is consolidating and expanding at its Headquarters location on Huger Street between Greene and College Streets in downtown Columbia. An existing one-story structure will be demolished to make way for a prominent two-story central entry that connects the existing two-story branch/office space to a three-story addition. The three-story addition is L-shaped and extends along Greene Street to mark the corner of Huger and Greene in keeping with the City’s Innovista District Design Guidelines and the simultaneous transformation of the Greene Street corridor. The existing building is being re-skinned in brick to blend with the timeless design character of the addition. Together standing as symbol of strength and pride for the members, the renovated and new space will total nearly 74,000 square feet.